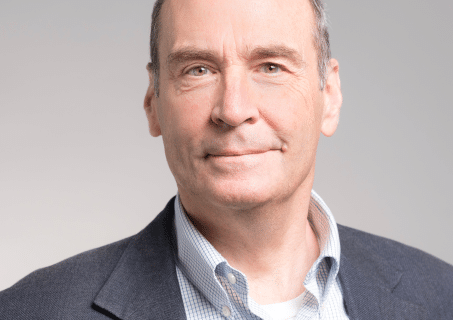 Amblyopia is a prevalent form of visual disability that arises during infancy and early childhood when inputs to the visual cortex from the two eyes are poorly balanced (e.g., by misalignment of the eyes, asymmetric refraction, or opacities and obstructions of one eye). Characteristics of amblyopia are very poor acuity in one eye, and an attendant loss of stereopsis. The current standard of care is to promote recovery of the weak amblyopic eye by temporarily patching the fellow eye. However, the effectiveness of this procedure is limited by poor compliance, a reduction of vision in the patched eye, and variable outcomes that typically do not include recovery of binocularity. Additionally, the procedure is ineffective if it is initiated after age 10. The need for improved treatments for amblyopia is widely acknowledged.

Animal studies over the past 50 years have uncovered the pathophysiology of amblyopia. It is well documented that temporary monocular deprivation (MD) alters the strength of synapses in primary visual cortex (V1) that renders cortical neurons unresponsive to stimulation of the deprived eye. We now have a detailed understanding of how synapses are weakened when an animal is deprived of vision in one eye. During MD, well-correlated retinal cell activity is replaced by “noise” which, via weak NMDA receptor activation, drives the internalization of AMPA receptors at thalamocortical synapses in V1. During reverse occlusion (patch therapy), these weakened synapses can regain strength. Studies of how patch therapy might enable the long-term potentiation of weak and ineffective synapses have suggested novel approaches to promote recovery of function with advantages over the current standard of care.

Dr. Mark Bear is Picower Professor of Neuroscience in the Picower Institute for Learning and Memory, Department of Brain and Cognitive Sciences, Massachusetts Institute of Technology. Prior to moving to MIT in 2003, Dr. Bear was on the faculty of Brown University School of Medicine for 17 years where he held the Sidney and Dorothy Doctors Fox Chair in Visual Neuroscience. He was an Investigator of the Howard Hughes Medical Institute for 22 years from 1994 to 2015, and served as Director of the Picower Institute from 2007 to 2009.

After receiving his B.S. degree from Duke University, Dr. Bear earned his Ph.D. degree in neurobiology at Brown. He took postdoctoral training from Wolf Singer at the Max Planck Institute for Brain Research in Frankfurt, Germany, and from Leon Cooper at Brown. Bear’s laboratory has substantially advanced knowledge of how cerebral cortex is modified by experience. He made fundamental discoveries on bidirectional synaptic plasticity, metaplasticity, the molecular basis of amblyopia (a cause of visual disability in children), and the pathophysiology of fragile X syndrome (the most common inherited cause of intellectual disability and autism). He has been at the forefront of the efforts to translate knowledge of autism pathophysiology into new treatments. He has been recognized with a number of honors including the Society for Neuroscience Young Investigator Award, the National Fragile X Foundation William & Enid Rosen Research Award, the Fragile X Research Foundation (FRAXA) Pioneer Award, the Ipsen Foundation Neural Plasticity Prize, the Beckman-Argyros Award in Vision Research, and election to the American Academy of Arts and Sciences. He is an inventor on 7 issued U.S. patents, and was scientific founder of two start-up companies. He is lead author of the leading undergraduate neuroscience textbook, Neuroscience: Exploring the Brain, now in its 4th edition.