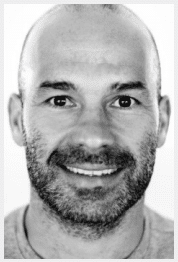 Graduated in pharmacology and cell biology from University of Strasbourg (France). Then moved to the laboratory of Ivan Robert NABI in Vancouver (University of British Columbia, Canada), where he first studied the interaction between the endoplasmic reticulum and mitochondria.

He was in parallel interested in glycosylation of membrane proteins, in particular integrins, and described its importance, in concert with Caveolin-1 (Cav1), in fibronectin fibrillogenesis, focal adhesion dynamics, and cell migration (Goetz, JCB, 2008).

He received his Ph.D. degree in 2007 from both University of Montreal and University of Strasbourg. He then moved to the CNIC in Madrid (Spain) in the laboratory of Miguel Angel del Pozo where he led a study on the implication of Cav1 in biomechanical remodeling of the microenvironment and showed its importance in normal tissue architecture especially during tumor progression (Goetz et al., Cell, 2011).

He performed a second postdoctoral stay in the team of Julien VERMOT at the IGBMC in Strasbourg (France) where he discovered that primary cilia can detect and transduce low blood flow forces in the early vasculature of the zebrafish (Goetz et al., Cell Reports, 2014).

He was recruited as a CR1 INSERM (INSERM U1109) where he is leading a group « Tumor Biomechanics » currently composed of 15 people.

His lab is mostly focusing on the impact of forces on tumor metastasis (Goetz, Science, accepted).