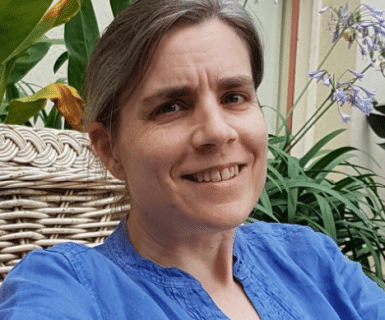 Going round in circles: morphogenesis of the semicircular canals of the zebrafish inner ear

Development of the complex shape of the vertebrate inner ear is a spectacular example of epithelial morphogenesis. The interlinked ducts and chambers of the ear all arise from a simple ovoid epithelial vesicle in the one day-old zebrafish embryo. Over the next two days, this vesicle undergoes topological changes to generate the three semicircular canal ducts of the vestibular system. These rearrangements are accomplished by epithelial movement, fusion and fission events that generate three pillars of tissue spanning the otic lumen. Fusion of epithelia in the ear is dependent on the function of Adgrg6, an adhesion class G protein-coupled receptor. This GPCR also has a conserved function in the maturation of myelinating Schwann cells in the peripheral nervous system. I will present light-sheet imaging of the developing zebrafish ear, and the results of a chemical screen to identify compounds that modulate the activity of the Adgrg6 pathway.

Tanya Whitfield is Professor of Developmental Biology at the University of Sheffield, where she is a member of the Bateson Centre and Department of Biomedical Science. Tanya studied early Xenopus development for her PhD at the University of Cambridge, under the supervision of Chris Wylie. In 1994, she was an EMBO short-term fellow in the lab of Christiane Nüsslein-Volhard in Tübingen, Germany, where she contributed to analysis of mutations affecting ear development isolated in a large-scale zebrafish mutagenesis screen for embryonic phenotypes. She continued to work on these mutants as a postdoc in the lab of Julian Lewis, first at the Imperial Cancer Research Fund Developmental Biology Unit in Oxford, and later in London. Tanya established her lab in Sheffield in 1997 to continue work on the developing vertebrate inner ear, using the zebrafish as a model system. The ear is a fascinating system for study, due to its complex three-dimensional arrangement of interlinked ducts and chambers, and multitude of different cell types, including neurons, sensory hair cells, supporting and secretory cells. An enduring interest in the lab has been the analysis of signalling events that pattern the anteroposterior axis of the otic placode, precursor of the inner ear. More recently, a major focus has been on the dynamic epithelial rearrangements that generate the three semicircular canal ducts in the ear, and the use of light-sheet microscopy to image these events in real time in the live embryo. Additional recent highlights from the lab include the identification of glycoproteins required for otolith tethering in the ear, and use of the zebrafish as a screening tool for drug discovery.